Make Summer BBQ's Healthier by Limiting Toxins from the Grill...

Thanks to Dr. Jockers for this excellent article detailing the risks of cooking meat on an open flame and how to minimize carcinogens: 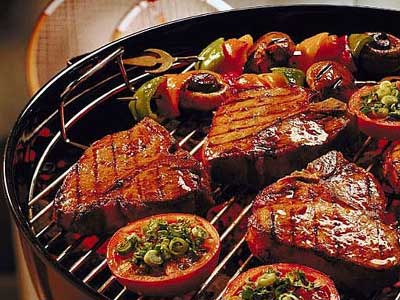 There are 3 major cancer causing molecules that are present when meat gets heated at a high temperature.Fortunately, there are certain steps we can take to enjoy our barbeque while minimizing exposure to these toxic molecules. A report published in the Journal of Agricultural and Food Chemistry in 2008 showed that marinating meat in anti-oxidant rich substances can be effective. The researchers found that an olive oil, lemon juice and garlic marinade cut HCA levels in chicken by as much as 90%. Marinating in red wine for 6 hours before grilling cut down HCA levels by up to 90% compared to unmarinated steak.

1. Cook at Lower Temperatures: Lower temperatures cause more of a "roasting" effect than grilling, but they significantly cut down on the amount of HCA's formed in the meat. Well-done meat has much higher levels of HCA's than meat cooked medium-rare.

2. Avoid Char-Grilling or Blackening Your Meat: This causes the largest amount of HCA's to form. Do your best not to char-grill your meat and avoid eating any blackened regions.

3. Prevent Flaring: Flames from the grill cause the formation of both HCAs and PAHs. Keep an eye on your grill & turn meats frequently to minimize flaring.

5. Marinate the Meat in Anti-Oxidant Rich sources: Not only is this tasty but it also reduces HCA levels by as much as 90%. Use lemon/lime, red wine, apple cider vinegar, & herbs.
Recipe of the Month: Cucumber Salsa

This refreshing dish from Dr. Axe can be a salsa or a salad. Either way, it's a healthy addition to your summer BBQ.
Ingredients 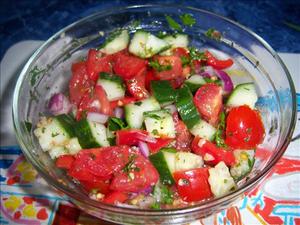 Mix all ingredients in a large bowl and serve.

Do you have trouble remembering what the office hours are? Not sure when we are available in Mt. Adams and when we are in Oakley? If you have a smartphone, just go to our website on your device.

An image will appear instructing you to 'tap to install' the Thrive Chiro app on your home screen. Once you tap the image, you will have quick access to hours and location information. We hope this is helpful for you!

Are we effective and efficient in living the life we desire or simply busy? Let's use the 80/20 Rule to improve... 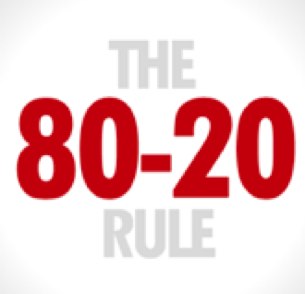 You might have heard of the 80/20 rule or Pareto's principle. Originally this percentage was used to describe the division of wealth studied by an Italian economist. Twenty percent of the people had eighty percent of the wealth.

Years later, people noticed that in other avenues of life, in business, in personal endeavors, in relationships, that a small percentage (20) of actions and efforts produced the majority of the results (80).

With email, texts, facebook, and all forms of media, it is very easy to be busy today, but often we can feel ineffective or inefficient. Sometimes we even develop the habit of achieving the tasks on 'to-do' lists, but may not feel like we are 'getting anywhere'.

The 80-20 rule helps us to prioritize the actions and activities that really yield the most enjoyment, better health, better relationships, more profit, etc. Use the 80-20 rule to identify and focus on the actions that truly help you to enjoy your life more!

For those of you would like the information from the health class and were not able to attend, I have uploaded the notes onto the blog. Just click to access the PDF on the blog post.

We discussed the benefits of foam rolling for the body at the class. This site has a great explanation and instructional pictures.

Maximizing Potential Growing up in the Philippines, Dave was not familiar with chiropractic care before coming to Thrive. After meeting Pete at the gym one day he was curious how including chiropractic in his lifestyle may help him pursue adventure and enjoy his hobbies like exercise, travel, food and the arts. As Dave puts it, "There was nothing troubling me in particular before I started with chiropractic care, I was mainly looking at how I can further my potential and achieve an optimal state of fitness, healthy living and wellbeing." Dave has attended health classes at Thrive which have inspired him to make changes in his social, emotional, and spiritual health. "I am the type of person who always feels the need to move, perform, and be productive …. After Pete makes those adjustments and alignments, I leave feeling so much better. I see it more as ongoing preventive maintenance so that I can perform at the optimal level not only with my athletic activities but at work and in my daily activities. I like to live an intense and full life and I see my body as something like a machine that if it doesn’t get proper maintenance, it will breakdown at some point. It makes a huge difference! I feel better overall since I started getting chiropractic care." – Dave Rescober